The weight of a cow heavily varies depending upon its age and breed. There are a vast number of breeds of cows available. Each breed has its own weight.

Among the different kinds of breeds available, buying a cow that has better meat and better weight depends on how much does a cow weighs and which cow gives more amount of meat, and so on.

On What Factors The Weight Of A Cow Depends?: 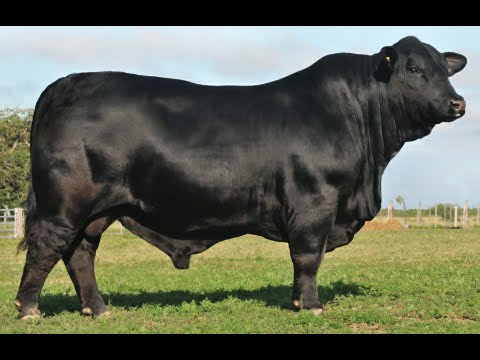 On What Factors The Weight Of A Cow Depends?

The weight of a beef cow and the weight of a dairy cow are not the same. They have their own breeds, which also hugely varies in weight. Feeding your cow daily in a proper way can increase its weight on a large scale.

Factors in which the weight of a cow depends:

So, the weight of a cow wildly ranges based on these factors.

Beef cows are the cows that are kept for meats. There are different breeds of beef cows. The names of some common species are:

The size of a cow is the most important thing to consider. On average, a beef female cow, for example, a female Angus beef cow, weighs about 1210 lbs, and a male Angus beef cow weighs about 1870 lbs. The male beef cows are naturally heavier than the females. The answer won’t match with the cows of a typical herd, as different ages and species of cows may live there.

The average weight of beef cows depending upon breeds (Female):

The average weight of beef cows depending upon breeds (Male):

So, if we compare the average weights of a female beef cow and a male beef cow, it is crystal clear that a male beef cow weighs much heavier than a female. So, if you want to buy a cow for meat, a bull must be a better choice.

Dairy cows are the cows that are kept for milk. There are different breeds of dairy cows. The names of some common species are:

A Holstein cow full-grown and developed weight of about 1500 lbs on average but depending on various factors like age, feeding, potentiality, etc., her size can vary. A dairy cow’s weight can vary between 1000 lbs to 1700 lbs. A fully matured Ayrshire cow weight is around 990 to 1320 lbs. The jersey is the smallest among all the breeds and weighs about 900 lbs.

The average weight of dairy cows depending upon breeds:

Dairy cows are much smaller in size than beef cows. When they are born, they weigh about 85lbs, on average. A dairy cow needs about 2-3 years to be fully matured and grown enough.

If you want to compare a dairy with anything interesting, it could be the heart of a blue whale. A blue whale heart weighs about 1,300 lbs, which is quite similar to a dairy cow’s weight.

Why are Dairy cows skinnier than Beef cows?:

The dairy cows are slim and stylish. But they are so skinny. Many people think that it is because of the farmers milking them so much. But that is not the case.

The beef cows are fed with many nutritional foods, and they get bigger in size much faster. The energy that they get is stored in the form of fat; thus, their weight increases fast. But the dairy cows do not need to keep their energy; rather, they convert them to milk instead.

That is why dairy cows are skinnier than beef cows.

Weight of a Cow when Slaughtered:

A cow generally weighs 900 to 1,350 pounds when slaughtered. If you compare today’s cows with the cows of the ’90s, you will see that today’s cows are about 14% larger in size. This is because today’s cows are fed more and fed healthy. They gain their weight 16% much faster and are 7.6% more productive.

Hanging Weight of a Cow:

The volume of meat you can get from a cow:

The volume of meat you can get from a cow does not have a definite answer. It depends upon the structure and size of the cow, the fatness and muscling of the cow, and the type of cuts you have made. The amount or volume may vary from cow to cow. Usually, the weight of the carcass is between 600 to 900 pounds.

Angus is a popular breed for meat and is being used for a long time for meat because it produces a large amount of meat compared to the other species. Its meat is of prime grade and good marbling.

Let’s have an idea about how much met can you get from a cow:

If you take an example of a 1,200 pounds steer (a castrated male), and it has a typical dressing of 63%, that’s about 750 pounds carcass. From that, you will get about 65% of carcass weight (on average), which is about 490 pounds of trimmed beef.

Amount of Steaks you can get from a Cow:

You may be unfamiliar with the term Steaks. We generally get steaks from the steer (male cows).

Let us have a look at the example of the amount of meat we can get:

If we take one 1,200 pounds to steer as an example and divide the carcass into overall boneless steaks and roasts. On average, we would get:

The Largest Cows in the World:

In this universe, Chianina is the heaviest breed of cow. When matured, it weighs about 3,500 pounds or 1500kg. It is efficient for meat and can be used for working. But, Chianina produces a very small amount of milk, which is not sufficient enough for suckling.

The second-largest cow is South Devon. It is the largest among all the British native breeds.

Smallest Cows in the World:

In this universe, the Dexter Miniature cow is the smallest breed of a cow. When matured, it weighs about 600 pounds to 700 pounds or 272 to 318 kg. The origin of this breed is in Ireland. Later it was brought from Ireland to the UK & the US. It gradually disappeared from Ireland, but in the UK & US, it was still considered as a pure breed in many small herds. These cows are versatile in nature and produce milk that is highly rich in butterfat.

The weight of a cow is one of the most important things to consider. The answer to the question on how much does a cow weigh depends on various factors like age, breed, and the proper way of feeding the cows. On average, the weight of a fully grown cow is 1,000 to 1,800 pounds. An adult beef cow on average weighs about 1,600 pounds, and an adult dairy cow on average weighs about 1,210 pounds. The weight of the beef cows is usually more than those of dairy cows. It should be kept in mind that the more a cow eats, the more it weighs. Healthy and adequate food can make a cow healthier and heavier.

The amount of meat we get from a cow depends on its weight. The dairy cows are for milk, so their weight is also less. The beef cow’s weight is more, and they give more meat. If you are looking to do business, it is better to buy a beef cow. A beef cow looks bigger in size, has more weight, and is priced high in the market.